MUSIC: Deborah Olusoga - (All of My Life) || @debbyolusoga 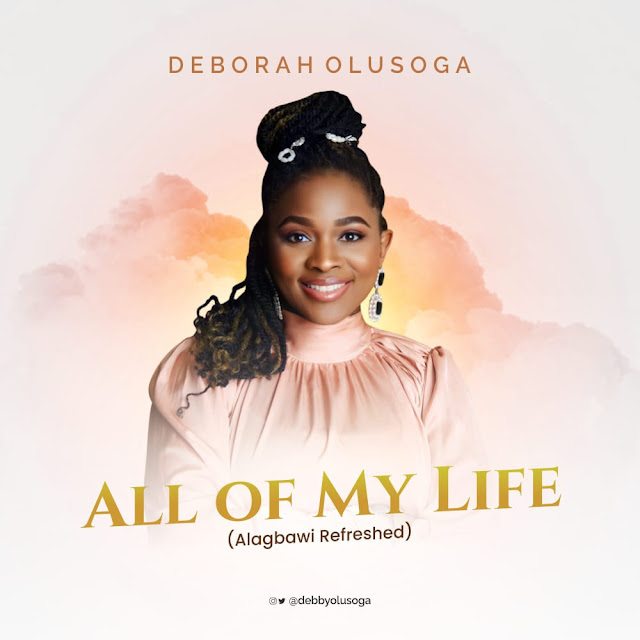 Deborah Olusoga popularly known as Debby has returned with another African soulful song titled ''All of My Life'' which touches soul, emotions and delivers a unique soulful African sound.
''The new single is a declaration of my total surrender unto God my maker, who is able to do exceedingly abundantly far above what we could ever think or imagine. I have seen God moved in a way that is beyond my imagination. There is always a story behind every song that I’ve ever written as this song is not an exception''. - Deborah Olusoga shares
Deborah is a UK based award-winning author and award-winning singer whose style of music has been widely accepted due to her originality and she finds it a great privilege ministering to others both in songs, in speech and even in books.
DOWNLOAD HERE