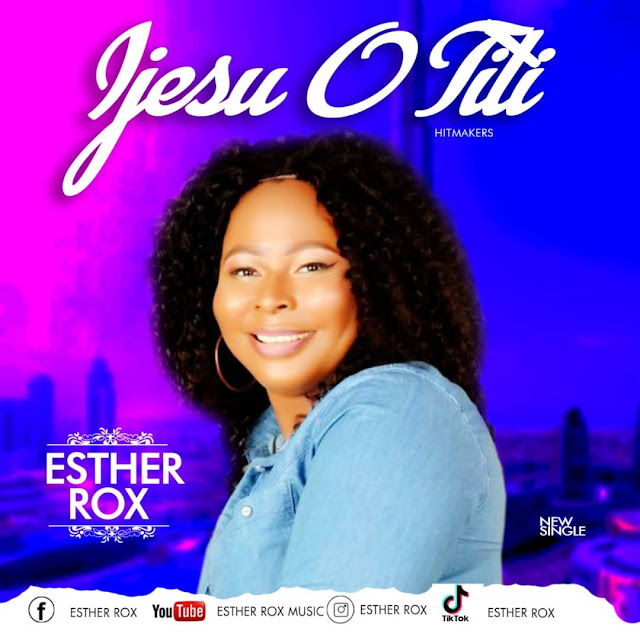 Singer Esther Rox releases new single tilted "Jesu O Titi"
Esther Rox whose real names are Esther Egbeobawaye, is a Nigerian Gospel music artist and a social media philanthropist.She hails from Oza Town, in Orhionmwon local government area of Edo State.Born in 1985 into the family of Mr and Mrs Jeremiah Egbeobawaye, she is the last of seventeen siblings.
Esther's music career started in her local church children's choir. Due to her love and devotion for God and the art, in later years,precisely in 2013, her first studio Album was released, entitled "Osayawemwen"which immediately shot her into stardom in the contemporal gospel music arena.
Other singles released include, " I'm a winner", "Grace" and Erhun(prayer),all in the begining part of this year.Jesu otiti, her newest and soon to be released single was borne out of the inspiration of the Holy Spirit and it centers on the sovereignty of Jesus as the reigning and soon coming king.She is married to Mr Rox Oliha and their marriage is blessed with three lovely children.She's presently based in the European country of Italy.
DOWNLOAD HERE