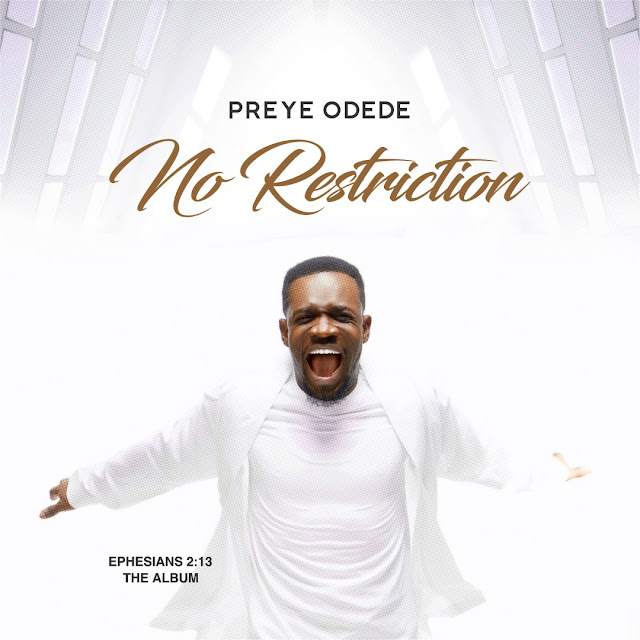 The much anticipated 3rd album titled "No Restriction" by Gospel music minister Preye Odede is now live!
The album is coming after 4 years of releasing his sophomore album titled "READY."  It features songs that create an atmosphere for prayer, worship and praise; it is a compilation of professionally produced music pieces that inspires every listener to understand God's unfeigned love and mercy towards us, thereby bridging the gap (giving us access to Him) through Jesus.
Preye Odede held the "No Restriction" album tour in Bayelsa state on the 28th of November, 2021. The worship and praise concert held in Preye Odede's homeland featured Frank Edwards, Michael Stuckey, Moses Bliss, Prinx Emmanuel, Pamela Scott and more. 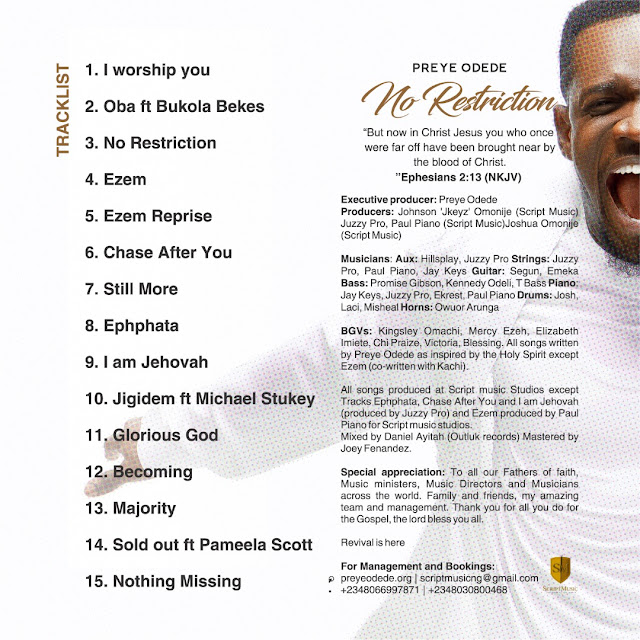 Although the album is Preye Odede's 3rd compilation project, it is the first since establishing the Script Music headquarters, (an ultra-modern facility that caters to multiple creative needs in Port Harcourt) and putting together the Script Music management team that sees to the professional needs of the Preye Odede brand.
DOWNLOAD HERE