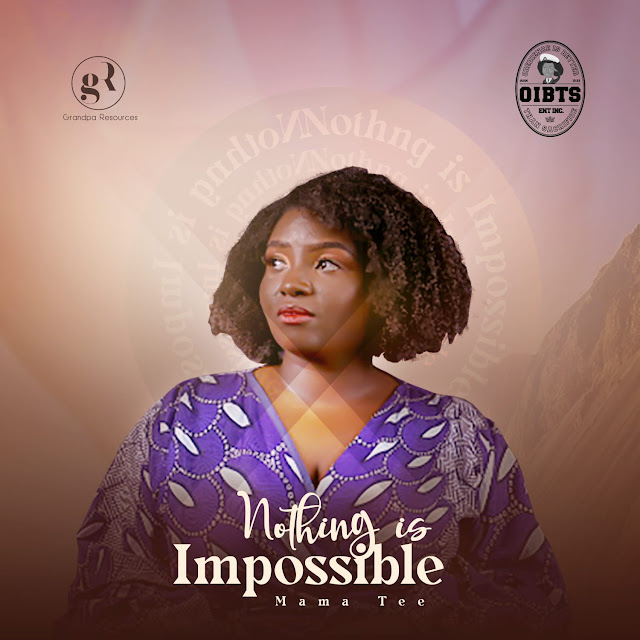 Fast-rising sensational Canadian-based Nigerian songwriter Tolu popularly referred to as Mama Tee, after linking up with Nigerian preacher and exquisite producer, Pastor Emmanuel Awipi, has released her much-anticipated debut album titled “Nothing Is Impossible,” which has been receiving massive positive critic review in the past few days.
The seven-track soul-inspiring album expresses the diversity and uniqueness of Mama Tee’s songwriting prowess and the in-depth production skill of Awipi as the sound on the album cuts across several genres and styles, including Rock, hip hop,/RnB, afro gospel and the contemporary.
The 31-minute body of work had Nigerian minister and worshipper Pastor Emmanuel Awipi, also called Grandpa as the primary collaborator on the album as he was featured on every track on the album. Apart from Awipi, there is also the presence of Rume, who appeared on four tracks of the album, alongside Jojovocals, Eben keys, Dayne Kora, Blossom. 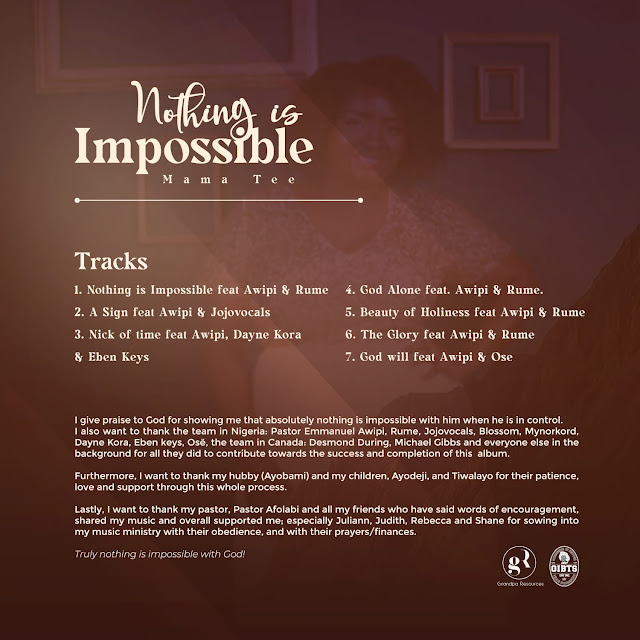 The album is a project that birthed out several experiences with the Holy Spirit, as expressed mainly in the lyrics of every track. The album “Nothing Is Impossible” is a body of work that has come to give hope, transformation and change to the degrading world.
“Nothing is Impossible” is now available on digital platforms;
DOWNLOAD HERE