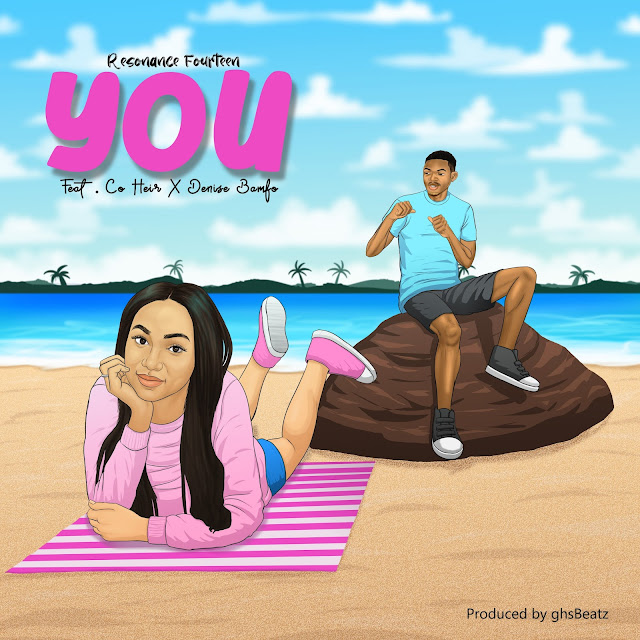 Religion is a very big deal in many places, especially Africa where there's a strong belief that God exists and that he loves people who do good things; considering them to be his children. It's popular to believe that God loves people, but not so
many people realize that they can love him back. This two-way love affair is what Resonance Fourteen’s latest single tries to describe.
The song which is titled “You” features Nigeria’s Co Heir and Netherlands's Denise Bamfo and is produced by ghsBeatz with mixing and mastering credits to IZYtunes.
The track takes the shape of a typical love song, only that this time around, it's
not a story about a kind of love that fails, but one that is perfect, unending and ultimate. It tells the story of how we as human beings can both receive love from God and give it to him as well.
DOWNLOAD HERE