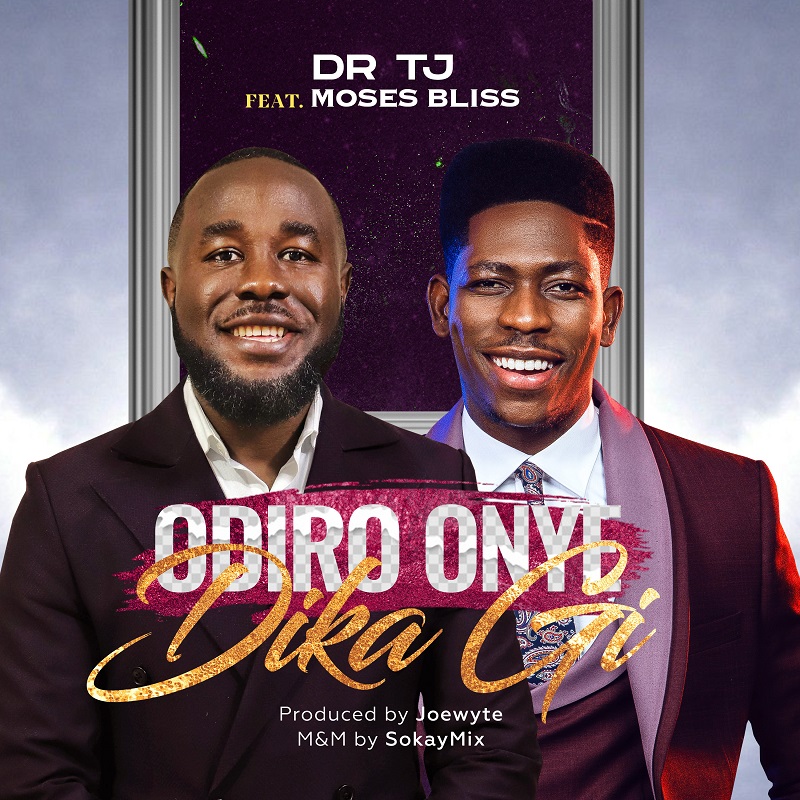 US based recording artiste Dr Tj releases 'Odiro Onye Di Ka Gi'  translated 'No One Like You' featuring Moses Bliss.
The song is off his debut album 'Sounds of Victory'released earlier in the year.
Prior to this he released 'Water into Wine' in April
Odiron Onye Di Ka Gi perfectly eulogizes the person of God, His incomparable nature and unspeakable doings. A soul lifting sound that will re-ignite an atmosphere of worship and total surrender.
Tj's  sounds is purely a tool of revival meant to stir up  a movement by building an intimacy and atmosphere of fellowship and drawing men to God.
DOWNLOAD HERE