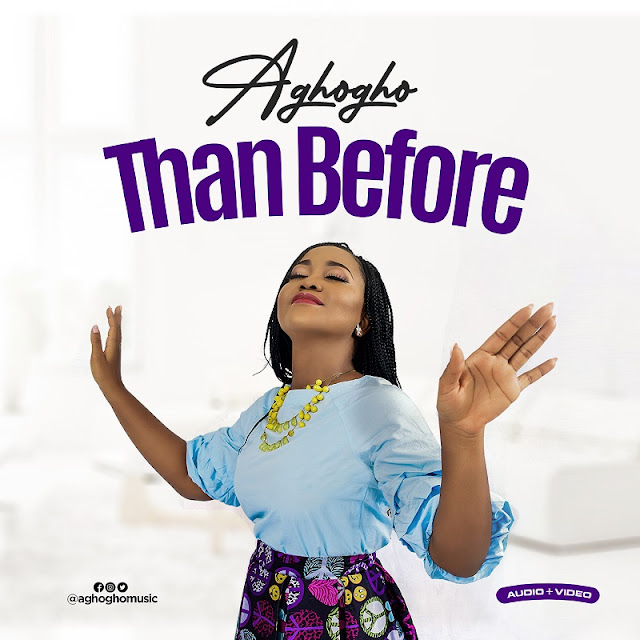 Aghogho steps up her game with the release of brand new single  "Than Before". The new single kicked off with powerful lyrics (I want to know you more than before)  expressing passion, desire, hunger and yearning for a closer relationship with God. The new single is sure to resonate with listeners as every part of the lyrics hit the very centre of the yearning of all.

"Than Before" is the first single Aghogho is releasing after the release of her debut album 'You Are' which was released in a live concert in October 2019.  Aghogho is unarguably respected for her doggedness and drive since her entrance into the music industry with appearances on TV, radio and tours.

The pandemic didnt stop her from churning out quality visuals as she released visuals for 'It is You' & Miracle Working God' during the lockdown and now the official video for this latest release THAN BEFORE.
WATCH VIDEO