ALBUM: "Holy Is The Lord" By Pst. Flourish 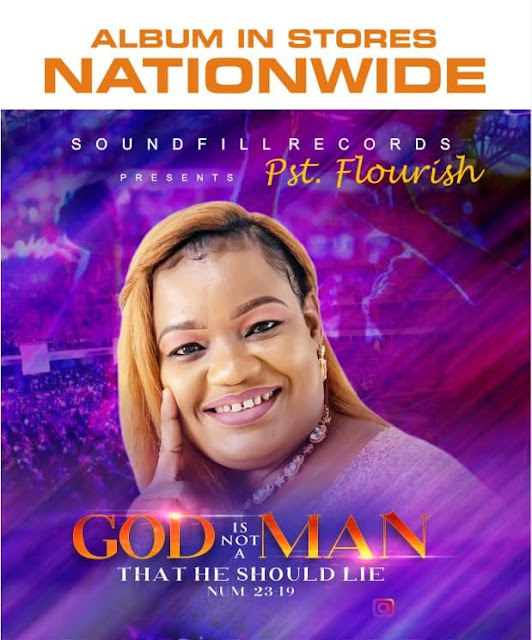 Gospel Music Minister and Evangelist, Pst Flourish releases a new sound from heaven titled "Holy Is The Lord " from her new album "God is not a Man That He Should Lie"

Pst. Flourish Otuedon is an Intercessor and Evangelist devoted in her service to God in various capacities in her local church at every given point in time. She has served God in various church choirs since 1999 and has just released her DEBUT ALBUM “GOD IS NOT A MAN THAT HE SHOULD LIE, Num. 23:19”. Pst Flourish is happily married and blessed with a beautiful daughter.

The Album contains  8 great glorious songs from different genre, all written by the inspiration of the Holyspirit.