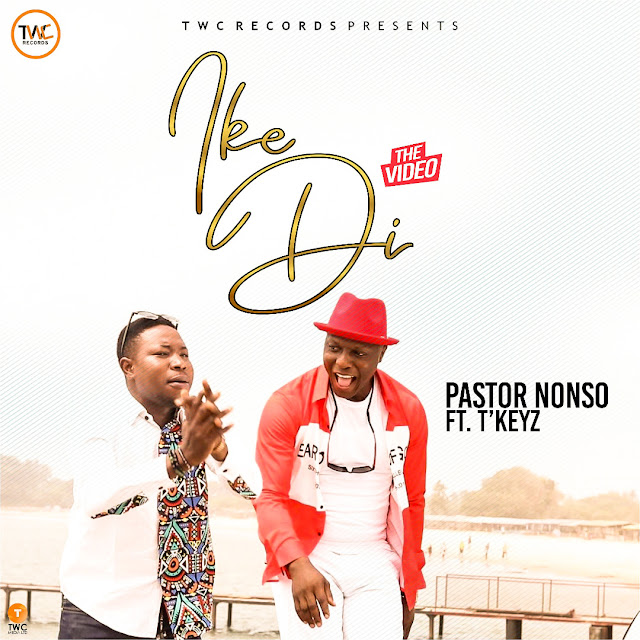 Following the successful release of the audio of his chart-topping single, "Ike Di", Pastor Nonso is out with a colorful visual of "Ike Di".ft his label mate T'Keyz.

According to the artiste who debuted, with a single CHIMAMANDA,  “Ike Di” is a testimonial song referencing the potency of the blood of Jesus.

The song which has a punchy groove you cannot easily ignore.was produced by T'Keyz, Mixed and mastered by Roland Archy at SoundandBeats Studios for TWC Records, while the Video was shot in one of the Islands in Lagos by the talented Ndubisi Okeafor.

Pastor Nonso is an ordained minister under the umbrella of ROYAL VICTORY CHURCH Int’l. He is a Pastor, an Entrepreneur, a Worshipper and one of the pioneer members of Worshipculture Crew, a TWC Media managed worship team.

Worship and Touching Lives are his greatest passions and his ministry has helped many discover their place in the body of Christ.

They crucified you but they never knew that your blood was meant to be shed for me , for me , for me eiyeee
On the cross you proved it, my life wasn’t meant to be like this yea
But for the precious blood you shed for me..
O ndaun ti m ba pe e
You no de use me play
You answer me when I call on you oh God
You no miss my call
Your blood envelop me my strength when am broken that’s why I’m singing you this song
Ike di n’obara ya