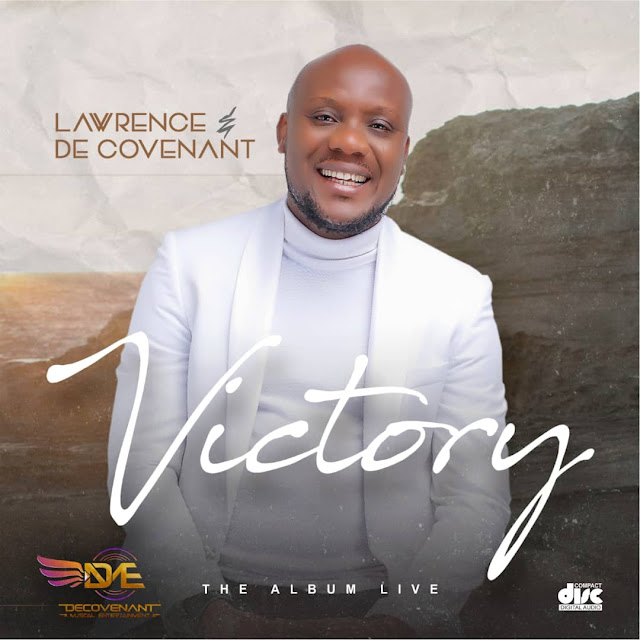 The album is the fifth Live Recording Album by Lawrence & Decovenant. The album was arranged and produced by Chibuzor Okafor (D'elect). The Live Recording which was a concert took place on the 12th of January 2018 and was tagged "Victory" by the divine instruction from God.

The album consists of 10 LP tracks with the major hit song "Onyeoma" featuring Pastor Kingsley Ike which was released as a single later in the same year as the Live Recording in December 9, 2018.

Other songs such as "Victory Has Come" featuring James Okon, "OGA", "Jesus Medley", "Mighty God" featuring Mike Abdul and "Jesus You Save" have been released as singles prior to the release of the album.

All songs on the album are original songs written and composed by Lawrence & Decovenant which are greatly inspired by God and life's issues that we have overcome. 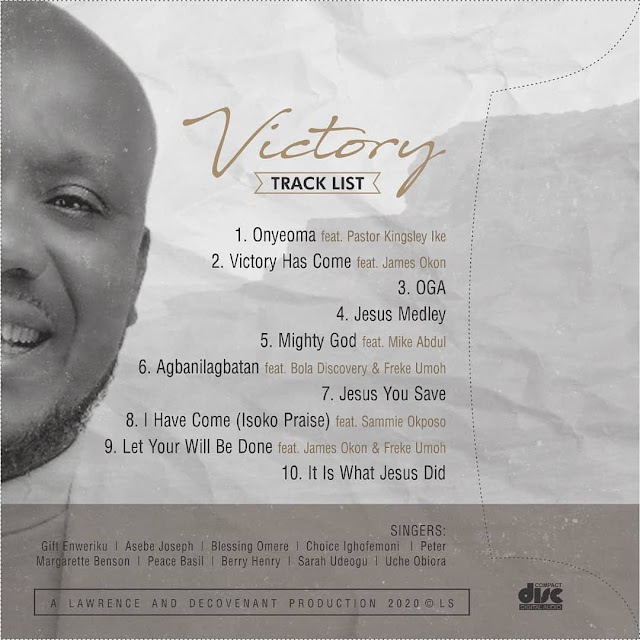 "Victory" is an album that will invoke God's presence into your home, car - everywhere it is played! It's a must have album, and make sure you get it now!

Mixed and Mastered by Nyero Amovmakpa