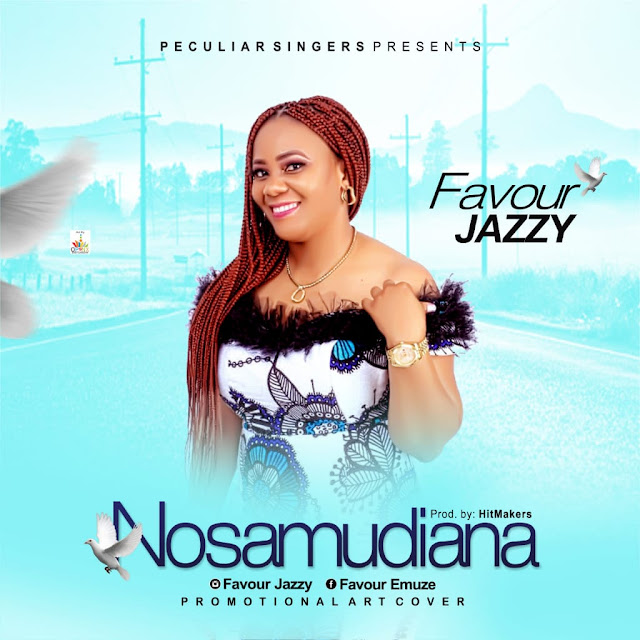 "The song ,"Nosamudiana" was born out of Gods faithfulness over the years ,not withstanding the sinister plans of the enemy,victory has abounded, buttressing the truth "if God be for us, who can be against us"

Favour Jazzy whose real names are Favour Emuze, is an indigene of Esan, from Ebelle town, Igueben local government area of Edo State. From a family of 8, the 7th child , a Bachelor of Science (BSc)degree holder in accounting, a devout Christian and an instrumentalist. Her music career dates back to her childhood years, in her local church choir, where as a young girl growing up in church had the privilege and opportunity to be tutored by seasoned music instructors, and this served as the platform through which her music talent was harnessed; the foundation of everything she is today, musically. Favour, as referred to by most of her fans, due to her solid church background, grew up a lover of God and His work,and also with a burning passion for the art,how she could use it as a channel to influence her world,and this was translated in 2004 to the release of her first studio album, "Walemekhemijesu" (Come and join me thank the Lord), and has the saying goes, "the rest was history