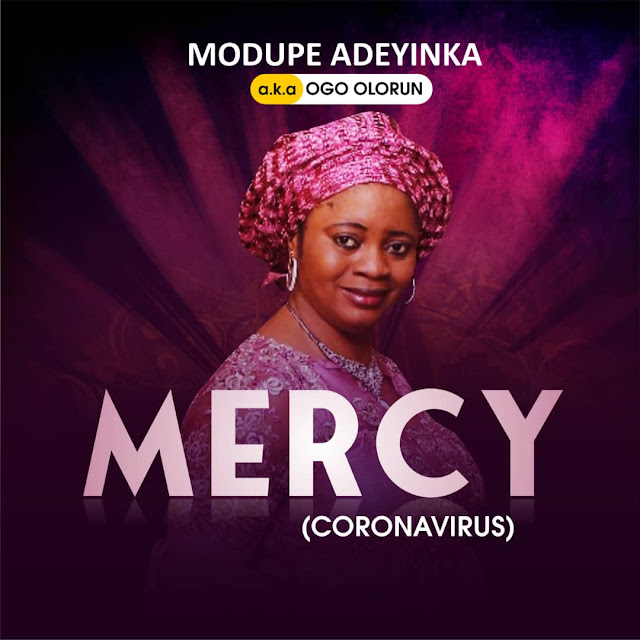 The song raises a voice of supplication to God for mercy over the COVID-19 pandemic that has hit the world.

With the help of the Holy Spirit, I wrote this song of prayer to ask for mercy from God with what is happening around the globe. It is also an inspirational song of prayer to all Christians in the world to ask God for mercy.
Produced by Beejay Lawrence, with closing vocals by Biyi Samuel, the song is delivered in rich Yoruba language with lyrics that raise the mind to prayer.

Modupe Adeyinka a.k.a. Ogo Olorun is a gospel music minister who she started her gospel ministry in 2003. She released her first album in 2004 titled Owo Oluwa (hand of God). Her second album which was released in 2010 is also titled Ogo Olorun.

Her latest album, Oba Onise Iyanu was released in 2019 and is making waves nationwide.