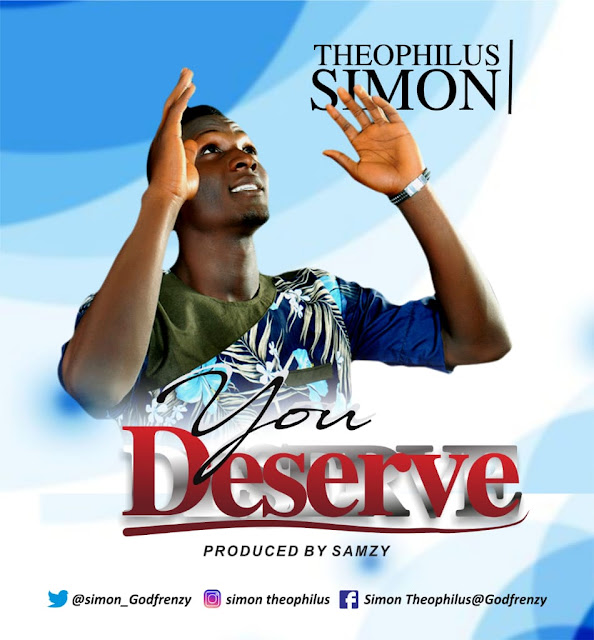 Simon Theophilus is a prolific song writer and solo Artiste, the second born to the family of Pst and Mrs Simon kaura of Southern kaduna.

He started singing at the age of fifteen (15) in his local church, the Charismatic Renewal Ministries Inc. but launched out officially in 2019 when he recorded his first single titled: “YOU DESERVE”.

“You deserve” is a worship and a praise song dedicated to God for all he has done for mankind. “Who being in the very nature of God did not consider equality with God but made Himself nothing taking the very nature of a servant being made in human likeness and being found in appearance as a man, He humbled Himself and became obedient to death even death on the cross.