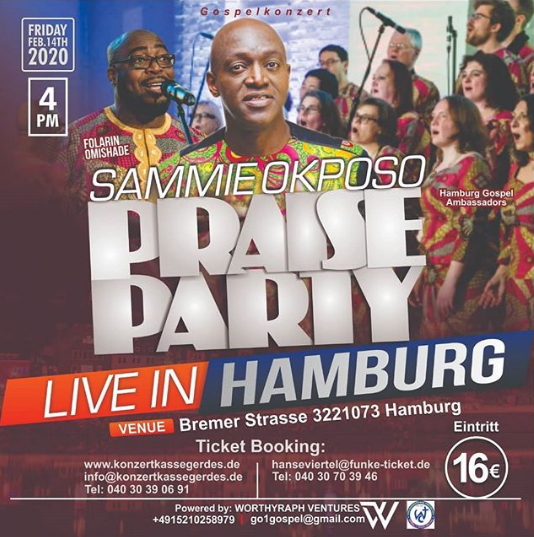 In 2012, Iconic Internation Gospel Music Minister Sammie Okposo released the song "Praise Party," as part of the collection that makes up the album "The Statement."

He followed up on the song with the video that depicted the titled of the song perfectly. The video which had cameo appearance from the likes of Bouqui, Nikki Laoye, Onos Ariyo, Eric Arubayi (of blessed memory), Anny and more, was set in the club creating that party ambiance. The song itself is a mashup of praise songs as put together by Sammie Okposo. From the beginning to the end, there is no dull moment on the song.