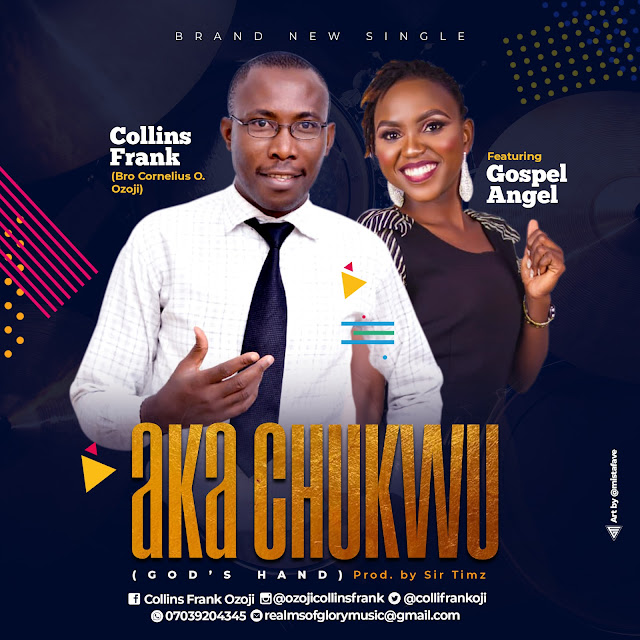 Aka Chukwu which means "The Hand of God" is a song that glorifies God in every ramification.

Here is a brand new song by Collins Frank featuring Gospel Angel. This song will launch you into the new year 2020 on a good note. Listen, watch lyrics video and sing along.

Collins Frank also known as Bro Cornelius Ogechukwu Ozoji is from Imo State but resides In Kano state. He is a seasoned composer, arranger and a multi instrumentalist. His first album titled LIGHT MY WAY was released in 2011 and his second album titled CHAMPION was release in May this year.