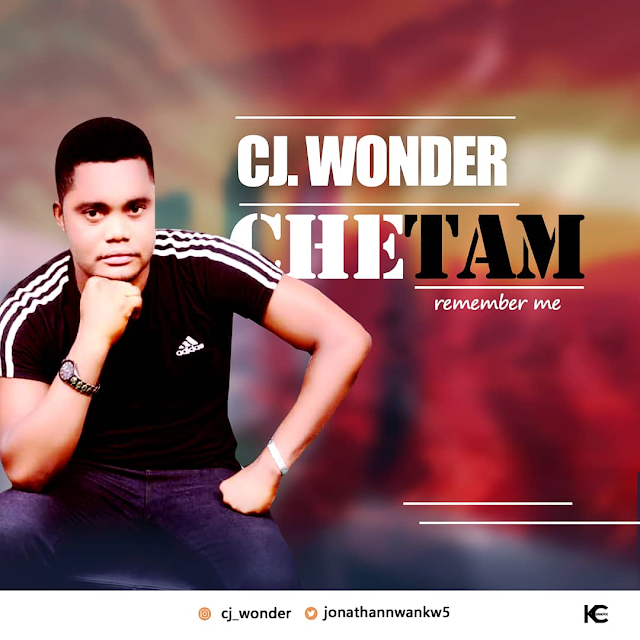 Chetam  was born as a result of so many kinds of persecution sorrow and agony,so many people today under going so many things and some are asking God why me or God how could u allow all this problem to befall me,now here came a song...CHETAM..

from the throne of grace in other to wipe out tears and give answer to many who are already wounded in heart ,here is...CHETAM meaning REMEMBER ME OH GOD...as u listen carefully to each words this season will never pass without God remembering you and your house hold turning every nagetivitys around.

My Name is Chima Jonathan Nwanwo Popularly as CJ Wonder, From anambra state in olumba north aguata local government.... Still single....grew up in Lagos...went to st.Jude success private school...and later went to sarigamu secondary school orile....and finally attended...Lagos state university....wre i read... mechanical engineering...but later join the choir in the year 2004 where i became the lead vocal..then at the year 2008..i became the PFN mass choir leader... Meaning pentecostal fellowship of Nigeria... at same year became the music director of his church where he came out from.. NEWLIFE WINNERS CHURCH INC...he has done so many albums both traditional kind of praise and worship and western kind of praise and worship but no one break the bar until he did his hit single.... IMELA & IN THE NAME OF JESUS.... In 2018/2019.