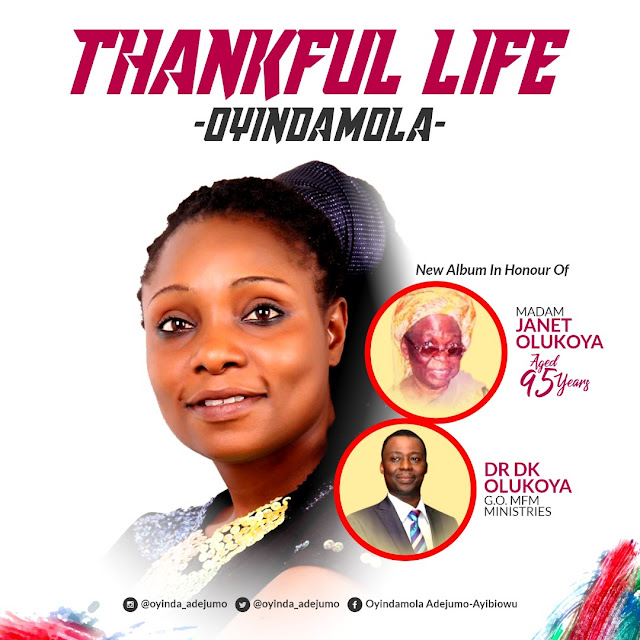 “Arguably, the mother who gave Nigeria such a blessing deserves to be honored. As everyone sends condolence to the man of God, I was inspired to produce this album titled THANKFUL LIFE. Complimentary copies of it shall be distributed free during the burial events” says Oyindamola

In the new song Thankful life, Oyindamola, on behalf of all the great men of God and all the children of God in Nigeria, gives thanks to God for giving Mama Janet a long and fulfilling life and for making Dr. D.K. Olukoya a joy to this generation.