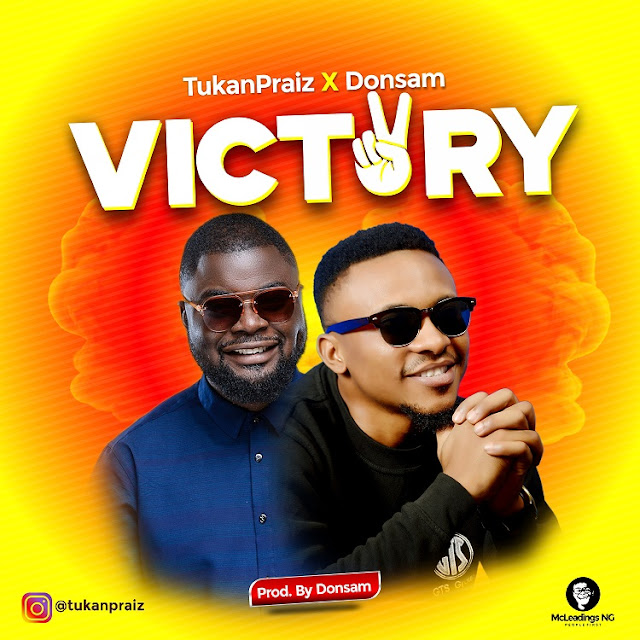 Gospel Sensation, Tukanpraiz known for his prolific sound and energetic vibes is here with a new sound titled "VICTORY" featuring on this song is Abuja based veteran producer and song writer Donsam.

The song is centered on the finished work on the cross that gave us Victory through the Blood of Jesus Christ. For which we are free from all the shackles and chains of the enemy.

Vibe and dance along to this victorious song
"Victory"! We have won!