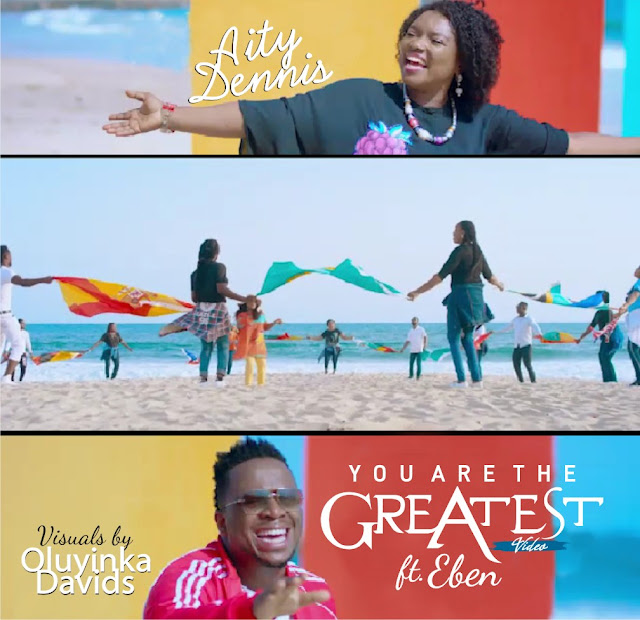 As a sequel to the audio of “You Are The Greatest” featuring LIMA Award-winning artist Eben, Veteran gospel music minister Aity Dennis has released the official video of the song.

The video as curated by Oluyinka Davids was almost entirely shot in a beach and featured both day time and night time scenes with lots of happy people eulogizing the Almighty God. The blend of colourful backdrops and the expanse of the sea made for a picturesque sight.