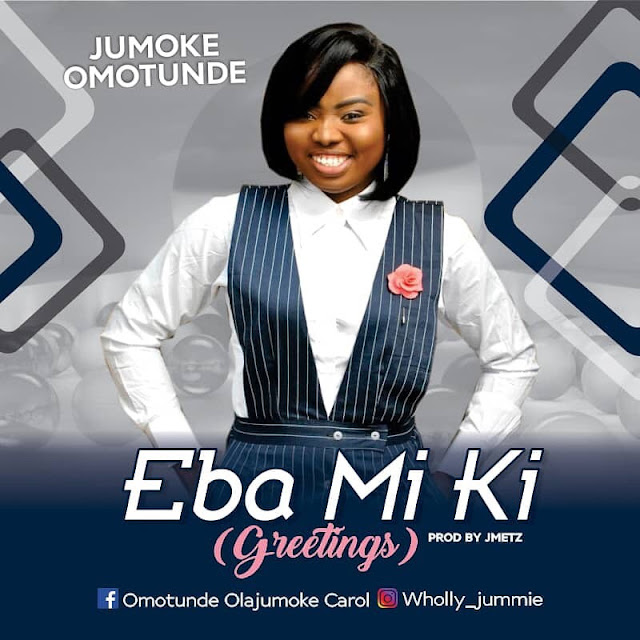 Jumoke Omotunde has finally released the official video to her debut single tittle Eba Mi Ki means Help Me Greet Him, this song is promising to propel you to wirship God in spirit and in truth.

According to Omotunde “No one receives anything except he is given from above(John 3;27)
The song came with an inspiration while reading through John chapter 1 where Jesus was described as the word of God and also described as God.
The book of Romans explicitly described works of reconciliation Jesus did.
Oh!  Isn’t it amazing how a child was born through Virgin?
Have you ever wondered How God himself became a man for our redemption?
Have you ever analyzed how many Birds,Rams, Bulls etc you can afford for the remission of your sins.?
It is in light of this considerations that I deem it fit to say greetings to the God who became a man. I’m very sure you won’t regret listening to it.” Jumoke Omotunde