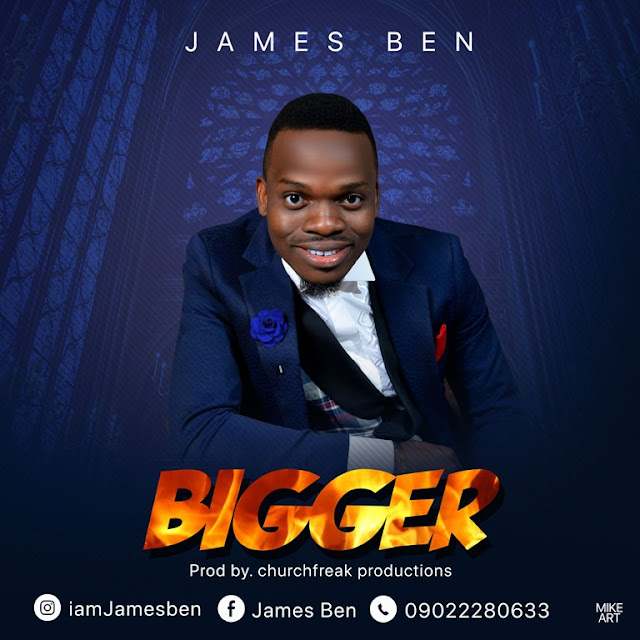 Gospel singer/music minister - James Ben releases his new single - 'Bigger' - a song written from a victorious standpoint, regardless of the pains and challenges of life. Prior to Bigger, James Ben released his debut single - My Hero in the year 2014, which was produced by Johnny Drille.

James grew up to be gifted in music from a young age; both singing and playing the keyboard. This has been a major edge for him in his ministry. He has led as a Music Director in various circles including being the Assistant Music Director at Christian Fellowship International, UNIBEN, where he bagged a degree from the Faculty of Agriculture.