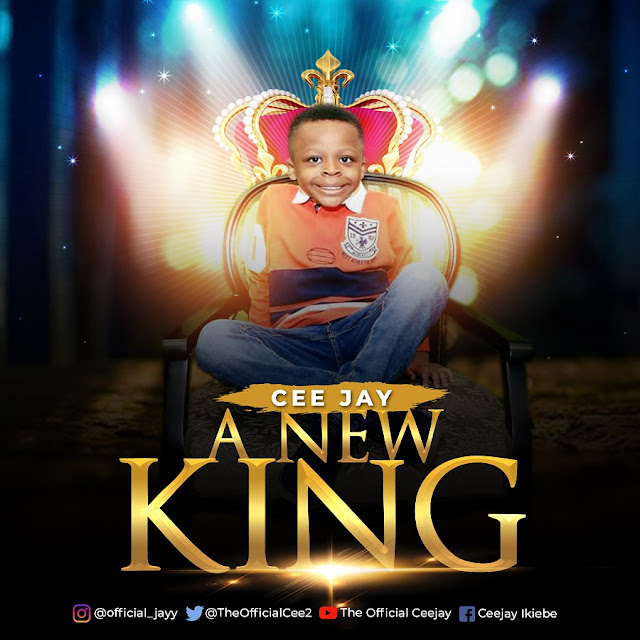 A New King is a song received by a young prophetic psalmist, Christopher Ikiebe Jnr (aka Ceejay) on the 22nd of December 2018.

Ceejay’s mum came home from work shortly before his 6th birthday, he ran down the stairs telling his mum that he saw Jesus and angels but was not very coherent of his dream but said he received a song, as he started to sing the song, his mum brought out her phone to record the song. Ceejay sang the lyrics, sound and rhythm.