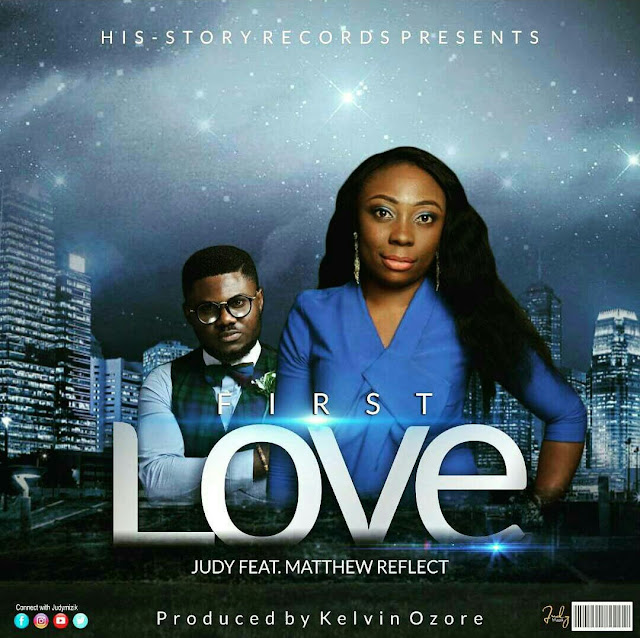 According to her, the song was inspired by a story of a lady who happens to be confused as to whether the aspirant was meant for her.
Yea, a lot of them in Lagos had approached her but this particular brother refused giving up on her as he vehemently believes that she was meant for him.

She thought about considering him for years, still not loving this guy as it ain't working out for her.
It got to a point that she became so confused about the whole thing and refused accepting his gifts anymore nor even allowing him to hold her hands when they take the long walk .
She met with some Ministers who advised that she wait, that with time she will develop feelings/love for the guy. This, still did not work as he became more irritating to her.

A friend of hers came reminding her of her  FIRST LOVE (Jesus) who alone can take away and break every spirit of confusion in her.

Yea, she did make Jesus her 'First Love', cos she knew God was going to give her a positive sight and a spirit of discernment to know which path to follow. 'Can two walk together except they be agreed?' She quoted the scriptures as she asked herself.

At the short run, everything turned out to work for her good as she followed her first love.
Sound mind, joy unspeakable, happiness, great smile, new found love, goodness became her testimony.
God later brought His son her way.  Happily married!!!