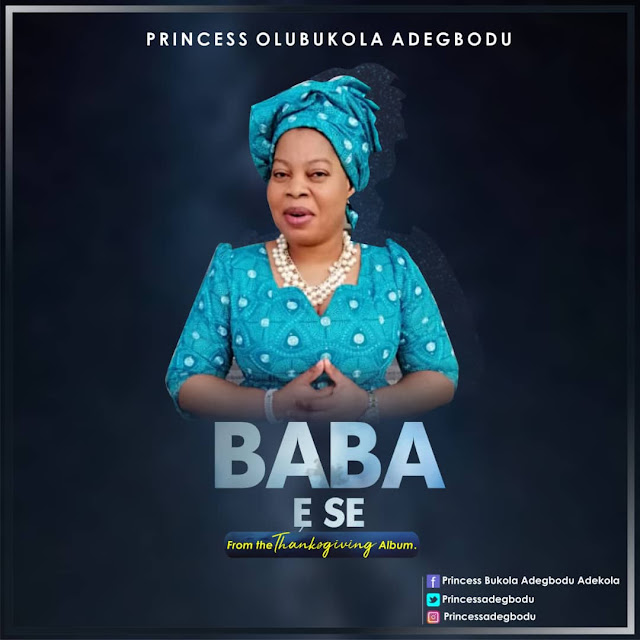 Princess Olubukola, who is also known with her viral release of 99 Evergreen Yoruba Praise  & Worship, produced the single 'Baba E Se' in 2015, following a viral secular song taking over the airwaves. Princess Olubukola covered the song with gospel lyrics of thanksgiving to God, and now include the track in her new album which is available on all online stores.