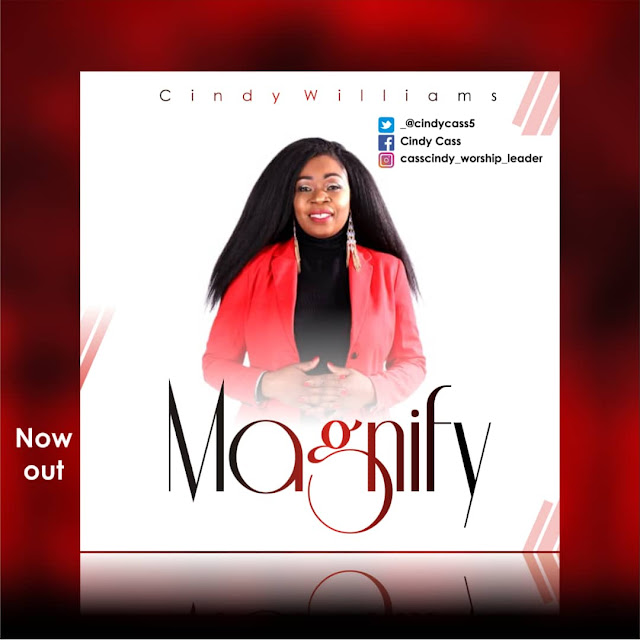 United-Kingdom based Nigerian singer, Cindy Williams has released her new single titled Magnify. The song which comes along with a Lyrics Video is a sing-along gratitude anthem.

Cindy, a distinct singer, can be described as one with a great live stage personality, which brings the audience to attention. She has released one album titled LIFTED, and two other singles to the glory of God.

She’s very humble and has a bubbly personality, dedicated to using her talent to worship the lord at all times.