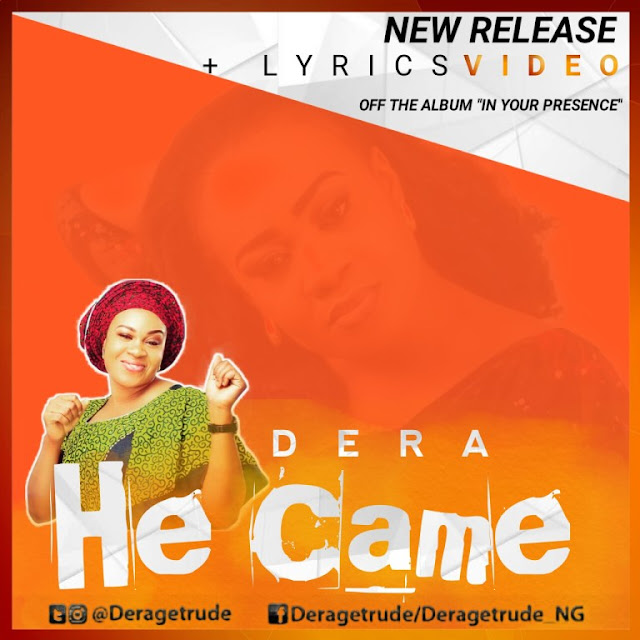 Gospel music minister Dera hits back with yet another single off the “In His Presence” album titled “He Came.”

The single “He Came” tells the story of the purpose for which the son of God became flesh and came into the world. The message is apt for the season as we celebrate the Christmas. Little wonder Dera was deliberate with the release date.

Dera recently released 2 singles including “My Prayer” and “Most Holy”,which were complemented with lyrics videos. The singles followed the release of “He will not Forsake me (LIVE)”,which came on the heels of the beautiful video for “God of Heaven & Earth.”