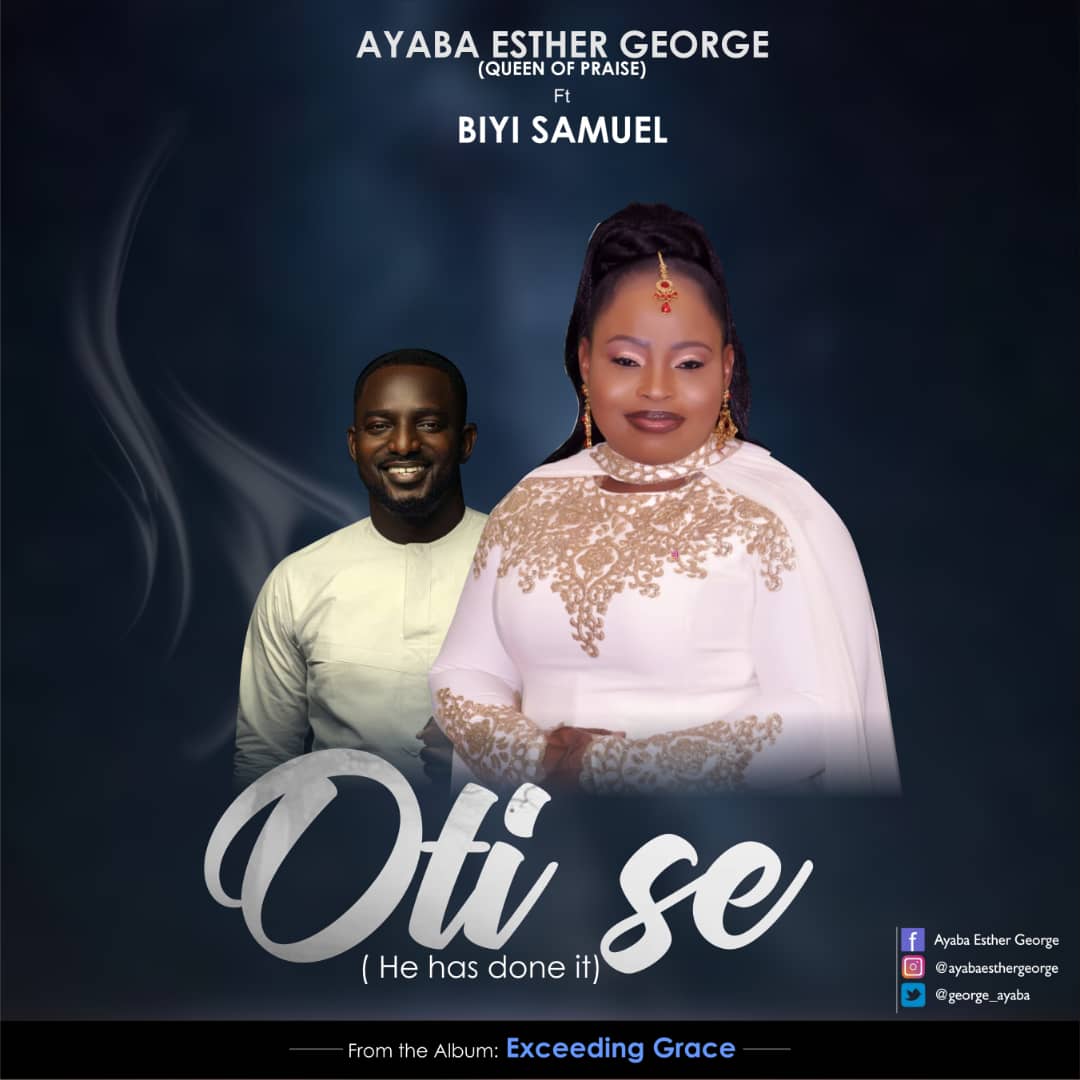 The United Kingdom based Nigerian singer popularly known as QUEEN OF PRAISE delivers the new single professionally, with a message of thanksgiving and expression of faith.

Featuring one of Africa's best male vocalist, Biyi Samuel, the song elevates the soul and raise a heart of praise, and is the last track on the Exceeding Grace album.