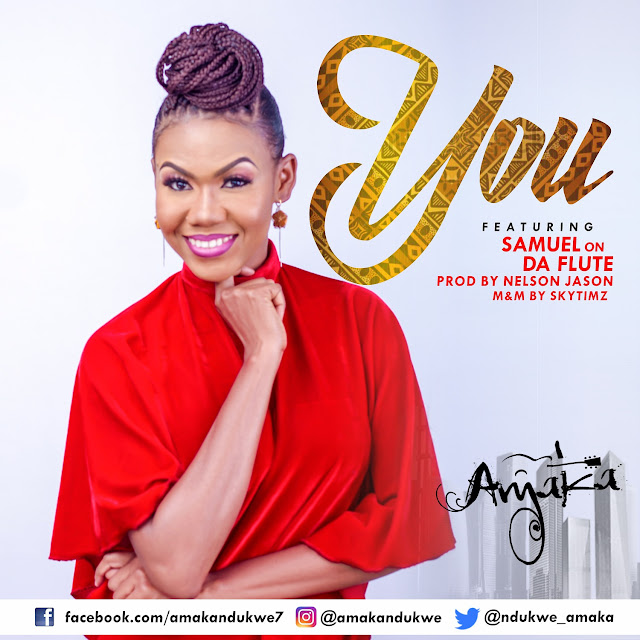 An enthusiastic lover of music, Amaka's musical journey began over two decades ago when she started with the church and school choir. Since then, she has written so many songs which inspire hope and God's presence.

Working with one of  the best producers in the music industry, Amaka had released her debut audio single, "Omewoya", produced by Rotimi Keys, the prolific producer behind hit songs like "Only You" by Nikki Laoye, and many more. This was followed by another great release, "My Papa", produced by Wole Oni, ace producer of popular hit song  'Igwe' by Midnight Crew. These songs have definitely been a blessing to numerous listeners all over the world.

Amaka was also recently honoured with an award by Arc Light Foundation, for her positive contribution to music and the Education sector.

The song, 'YOU' produced by gifted guitarist, Nelson Jason, was borne out of a deep desire to see God take centre stage of life, after all said and done.

"Baba, without you, life na ZERO"

Asides singing, Amaka also plays the guitar which is one of her most prized possessions.