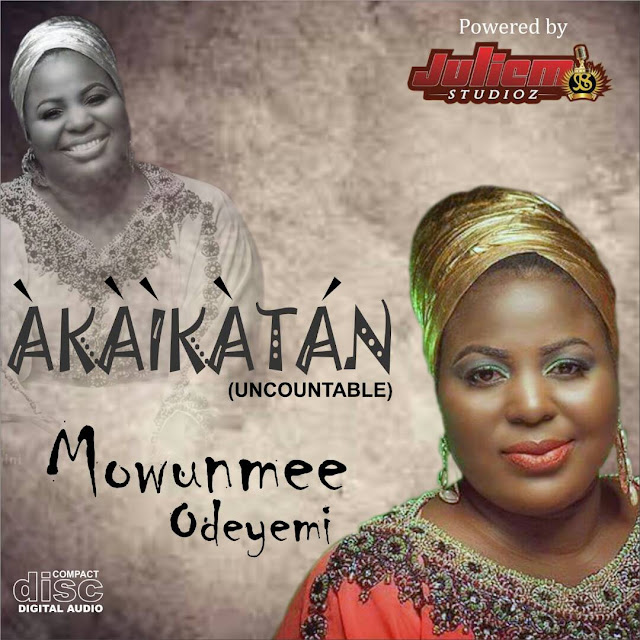 The song Akaikatan reflects God's goodness to mankind even with all our shortcomings. It is a beautifully composed contemporary Christian song done in the Yoruba language.

Akaikatan is a must listen. It is currently airing on various radio stations all over Lagos and the South West. It is currently distributed online on Boomplay and Smtotal music platforms, and also hard copies by Omo-ola Christian music, Ibadan. The official video is currently being airplayed on several TV stations in Nigeria and on her YouTube channel online.

Mowunmee Odeyemi is a contemporary Christian musician and minister of the gospel who has been in the music field since 2012. She released her debut album His Grace in 2012 which was a compilation of about 10 single tracks. Followed by Ore mi (my friend) released in the USA in 2015. She recently released her latest single Akaikatan (Uncountable) in December 2017 and finally released the full album.