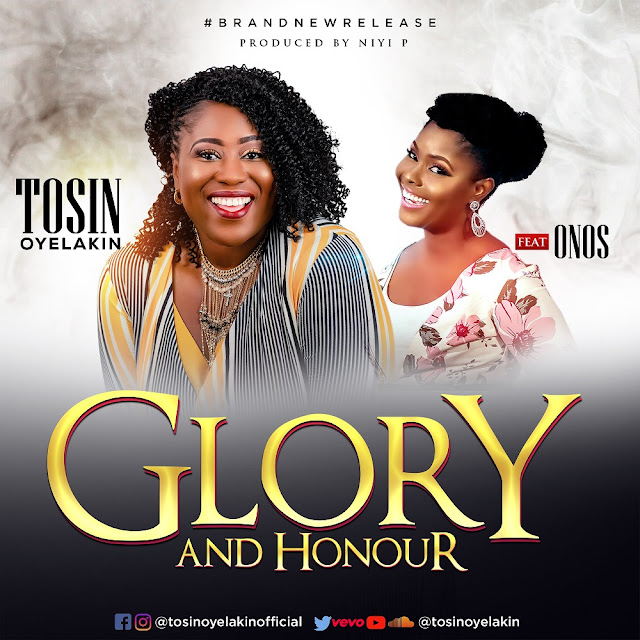 In the heat of the preparation for the unveiling concert of her full debut album, Tosin releases this anointed worship song as sacrifice of praise to the most high God in anticipation of the great things He will do through the album titled “My Offering, My Everything.”

Glory and Honour, taken from the album is a song that ascribes all the praise, glory and honour to Yahweh in 3 different languages - Yoruba, Igbo and English. Featuring the powerfully dynamic vocals of multi-award winning Nigerian gospel Artist, Minister Onos Ariyo, this song is sure to give you goose pimples as it draws you to worship the Father in Spirit and in truth.