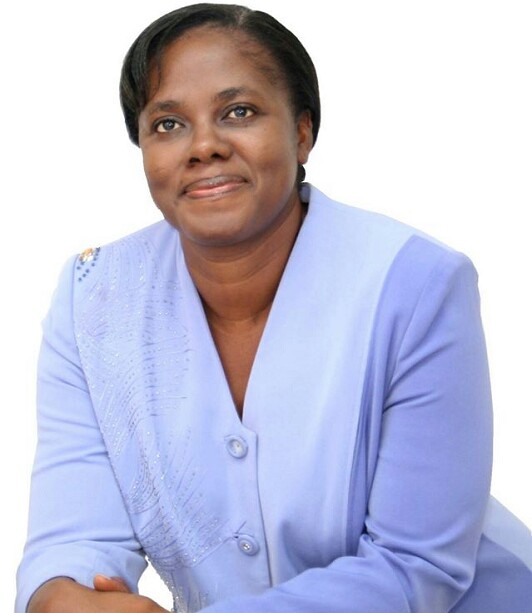 The wife of Mount Zion President and co-founder of Mount Zion Faith Ministries, Gloria Bamiloye, has given her opinion on one of the most controversial topics in Christendom – The issue on whether Christain women should wear trousers or not.
According to the Evangelist Gloria Bamiloye, wearing of trousers cannot actually be considered wrong, but as a believer, it might not be portraying the woman in the right way to unbelievers.
Gloria Bamiloye writes:

Question :
Is it good for believers to wear trousers ?
Answer:
Deuteronomy 22:5 KJVS
[5] The woman shall not wear that which pertaineth unto a man, neither shall a man put on a woman's garment: for all that do so are abomination unto the Lord thy God.
The scripture does not specify the cloths for the man and the one for the woman from this verse. And so it depends on what each country ,nations ,Tribe accepts as the cloth for the man or for woman
For example in our country Nigeria ,there are so many tribes and tongues not to talk about the world. This scripture therefore does not specify but the Lord expect us to now walk with our initiatives on how a child of God should dress based on where he or she comes from.
In the western world, Men and women wear trousers. Women have her own special way of sewing their trousers and the same with men
In Africa, we have some who wear trousers while majority don't.
Now coming down to our country, in yoruba land, culturally, ladies don't wear trousers while men wear. In some parts of Nigeria, in some tribes, men tie wrapper like women
Because of these varieties in tribes and culture all over the world it is difficult to say this is how somebody should dress. In Scotland for example, men wear skirt like women.
1 Corinthians 8:9 KJVS
[9] But take heed lest by any means this liberty of yours become a stumblingblock to them that are weak.
Even though we have liberty to put on whatever we feel like wearing, we must not become stumbling block for others who are weak. That is to say according to Paul if ordinary eating of meat will course your brother to stumble away from faith ,he said he will not eat meat again
1 Corinthians 8:11-13 KJVS
[11] And through thy knowledge shall the weak brother perish, for whom Christ died? [
12] But when ye sin so against the brethren, and wound their weak conscience, ye sin against Christ
[13] Wherefore, if meat make my brother to offend, I will eat no flesh while the world standeth, lest I make my brother to offend.
Jesus did not come to the world to die for himself. He came for you and me. He denied himself of his glory coming to the world and working around touching lives. He became poor so we can be rich. He did everything for the souls of men.

My brethren, if we are saved, it is not only for you. You are saved to rise up for others. So you are not to be concerned about only your comfort . Think about others who are looking up to you. Wearing of trousers or not is not actually the issue because many born again sisters are wearing other things more terrible than trousers because according to them, they love to be comfortable.
There are some terrible trousers people wear these days that reveal all the shape and contour of their bodies same with very tight and mini skirts.
Where is the love of God in us if our intention is to cause others to fall?
You may not know but that is the target of the enemy.
We were coming from outside the country some times ago, and at the airport I saw a married lady with her child and husband following. She wore a very tight pair of jeans trousers which exposed her in a very seductive way . It was too tight that it is difficult to explain. Such a lady is married, but to her she just wanted to wear something she loved to wear, without considering the impact on others. That is not love.
A Christian has liberty in Christ, but the Word of God cautions us to be careful how we use this Liberty. So we won't make somebody to stumble away from faith.
There so many young converts who are not so strong in faith like you are. If you allow any of them to fall out of faith because of your comfort, God will not take it lightly with you.
Mark 9:42 KJVS
[42] And whosoever shall offend one of these little ones that believe in me, it is better for him that a millstone were hanged about his neck, and he were cast into the sea.
A sister was telling me why she decided not wear trousers again. She and her friend went for evangelism her friend wore trousers and blouse while she wore a dress. She used to wear trousers too due to the nature of her work. So many times she is in trousers even when she is not in her place of work. She is so much used to wearing trousers. Fortunately for her that day she didn't put on trousers and so they were out for evangelism.
They now met a man and started preaching to him. She said the man was just looking at her friend who wore trouser without paying attention to what they were saying . When he could no longer stand it he called this sister and told her to please tell her friend that wore trousers to excuse them. The man said he could not imagine somebody like her preaching to him. That was how the friend left them and the man now told the sister to continue the massage, that he can now listen. This incidence affected the sister that when she got back home. She gave out all her trousers. There is nothing bad in wearing trousers especially when it necessary like in some profession, activities and so on. And everybody will understand.

The most important thing for you to know as a child of God is that you are not living for yourself only, but for the Lord and the people you will reach for Christ. If the holy spirt is actually living in you ,you will be concerned how you treat your body to glorify God .
If such sisters are to be in the western world, nobody would read any meaning to it because they see nothing special in you wearing trousers since it is part of their life style. But it means different thing to a lot of people in africa.
It is not spiritually wise to bring their ways of life here. It may hinder the move of God. We therefore need to listen to our spirits on how to dress. That body belongs to God and everything God would do in this world is through that body. We therefore need to treat our body with the wisdom of God so we won't hinder His move.
Another female minister of God was invited to a woman program. As she was dressing up to go for the program ,she heard it deep down in her from the HolySpirit to remove her earring because she uses them. She was so confused because she has never been condemned on that before .
Anyway to have peace she had to obey her spirit. She removed it and went for the program. She was welcome and led straight to the altar to minister. She said as she told the women "let Us pray" and all the women closed their eyes, The HolySpirit told her to wait, open her eyes and look at all the women seated. So she paused and open her eyes to look at all the women in the hall. She discovered that none of them wore earrings. The the Lord told her, If she had come here with her earnings, she would not be allowed to preach because there they don't use it at all.
She was shocked and because of that she chose not to put it on again.
What am I saying therefore is that if you are a child of God, there will be sacrifices in carrying your cross to follow the Lord however little. But many believers are not ready to sacrifice anything, and for such, you don't expect God to use you beyond your church.
If you want God to trust you with great work ,you must be ready to sacrifice your comfort atimes for God to have his way in your life. There are things he may ask you to drop even though they are not sinful, but for Him to move unhindered, You may need to do so and every obedience like that will lead to promotion. So in anything we do let us know that we are not only living for ourselves but for God and souls. Do not be a stumbling blocking to others in what ever you allow in your life ,be it in your dressing ,or in any other areas of your life . That is how to walk in love. Listen to the HolySpirit because he lives in you and be ready to obey him because God is more concerned with souls of men hence he said Mark 9:42 KJVS
[42] And whosoever shall offend one of these little ones that believe in me, it is better for him that a millstone were hanged about his neck, and he were cast into the sea.
May God give us understanding as we follow Him in Jesus name.