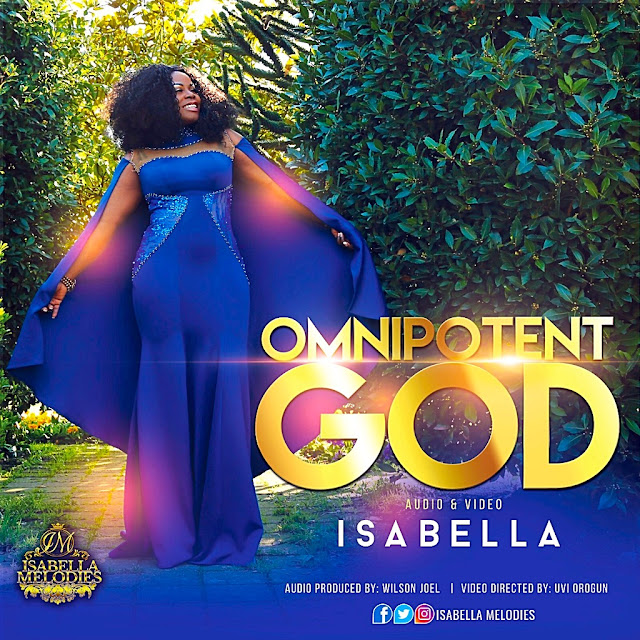 Omnipotent God is a simple declaration of God’s sovereignty and omnipotence in all situations through the generations.

The song was received during Isabella’s study of the book of Daniel chapter 2 when Daniel was praising God for revealing the king’s dream to him, hence why Isabella refers to Omnipotent God as “Daniel’s Song of Worship”
Omnipotent God is the 2nd track off Isabella’s recently released “Indescribable” album produced by Wilson Joel of Doxology Music.

The video was directed by Uvi Orogun of Mediamind Universal.