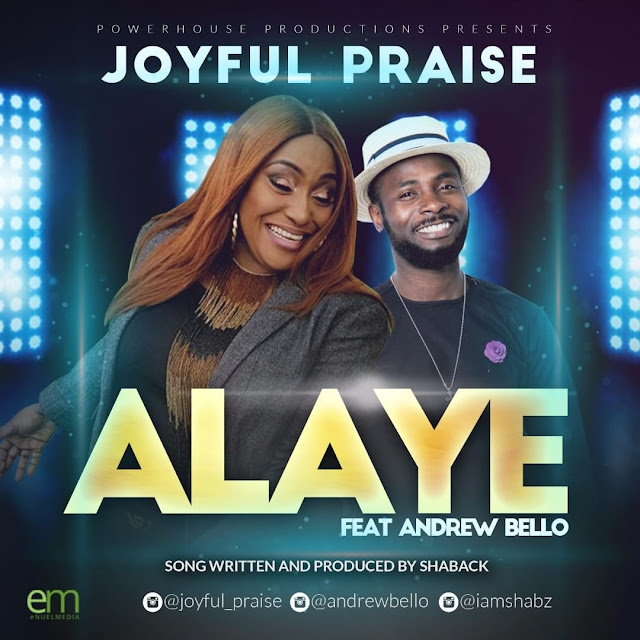 UK-based Nigerian Music Minister Joyful Praise just droped a brand new single titled Alaye meaning 'Only the Living will praise you Lord' . It is a song birth out of a heart of gratitude to God Almighty.

She featured another talented singer Andrew Bello. Alaye was written and produced by Shaback.

Get Song in iTunes

Joyful Praise is a UK-based Nigerian Music Minister whose music career started at the tender age of 6 in the children’s choir within her local church. From there she joined the adult choir at the age of 12 and continues to express her fervent love for the Lord through her music.

Joyful Praise’s debut album titled ‘Nothin 2 Somethin‘ was released in 2016, recently followed by the release of her hit single in March 2018, titled “Your Grace Is Enough (Remix)” Now she is here with Alaye. All her songs are available for download on iTunes, Amazon, Google Play, Spotify and other online music stores.
Joyful Praise, is married with two kids and resides in London with her family.