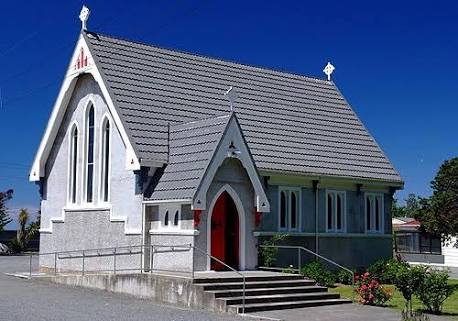 Motion 29 says marriage is a union between one man and one woman, but it also allows for individual bishops to offer a “non-formulary service” to bless same sex couples.

Previously, there was disciplinary action for clergy who offered those types of blessings.

A similar motion was considered at the 2014 Synod meeting, and then in 2016, the Synod said any changes on blessings would not be doctrinal changes.

According to the Anglican Communion News Service, the changes will not apply to the Diocese of Polynesia. Christians in Samoa, Fiji and Tonga do not recognize same-sex unions.

In a statement, the Synod said it was “deeply mindful of the deep interweaving of cultural and religious values at the core of our Pacific societies that place a profound respect, and reverence for the belief in God and the belief in the traditional understanding of marriage.”

Meanwhile, the Church of England has not made any changes. Justin Welby, the archbishop of Canterbury and leader of the Anglican Communion in England, has said marriage is between one man and one woman.

He has said that he apologizes for any “hurt and pain” that the Anglican Church has caused the LBGT community.

READ  Global group targets 20 million converts on May 27
“It’s a constant source of deep sadness that people are persecuted for their sexuality. I want to take this opportunity personally to say how sorry I am for the hurt and pain, in the past and present, that the Church has caused and the love that we at times completely failed to show, and still do, in many parts of the world including in this country,” Welby said at the time.

New Zealand has voted to legalise gay marriage, making them the first Asia-Pacific nation to do so.

New Zealand Parliament  voted to legalise gay marriage in  February 2015, making it the 13th country to allow it and the first in the Asia-Pacific.

The 77-44 vote in parliament on that Wednesday  was greeted with cheers and applause from packed public galleries and kicked off celebrations around the country.