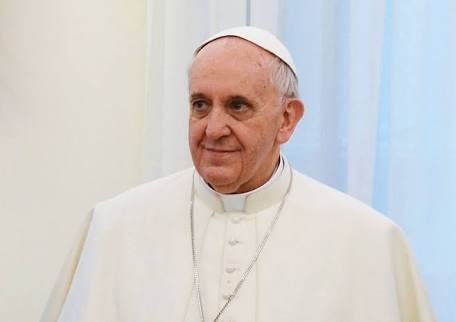 On Thursday the Holy See stated that a reported interview between Pope Francis and an Italian journalist, which claims the Pope denied the existence of hell, should not be considered an accurate depiction of Francis’ words, but the author’s own “reconstruction.”

A recent meeting between Pope Francis and Italian journalist Eugenio Scalfari, 93, was a “private meeting for the occasion of Easter; however, without giving him any interview,” the March 29 communique stated.

“What is reported by the author in today’s article is the result of his reconstruction, in which the literal words pronounced by the Pope are not quoted. No quotation of the aforementioned article must therefore be considered as a faithful transcription of the words of the Holy Father.”

Vatican spokespersons have dismissed the texts of Scalfari as unofficial. In 2014, Fr. Federico Lombardi, past papal spokesperson, told CNA that “if there are no words published by the Holy See press office and not officially confirmed, the writer takes full responsibility for what he has written.”

Pope Francis has previously spoken about the existence of hell in public speeches, including at a prayer vigil in March 2014.

There, he gave an address in which he said that members of the mafia should change their lives, “while there is still time, so that you do not end up in hell. That is what awaits you if you continue on this path.”