Sammie Okposo Reveals Shocking Story About His Past Life 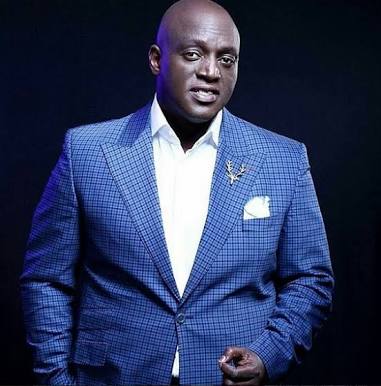 Popular gospel artiste, Sammie Okposo, on Saturday, reavealed he would have been dead and his evergreen song, ‘Wellu’ wellu, would have never been heard. The singer opened up on his past revealing that although he was born to very spiritual parents, he once strayed from ‘the path of righteousness’ to experience what the world had to offer.

During his experimental stage, the singer said that he moved with some bad friends who later became highway robbers. He stated that most of them were dead now.

“I was born in church but I had my fair share of experimenting as a youth. My father was an elder in church while my mother was a deaconess; so I went to church every Sunday. I was part of the Sunday school and junior church. Sometimes when our parents are talking, it is good for a youth to go out and see the world so that you can make some informed decision. I got out of line and thought I could take care of myself. I was a youth who wanted to experiment and that is what happens to young men who want to know everything. I always tell people that I am not a saint. I have done it all; I have stayed in Ajegunle, I have lived in the jungle and I have shared a room with about eight other people. I tell people who look at me and think I have always been like this. I have made some wrong decisions; I had been in wrong places at the wrong time. So my being alive today is by the grace of God. I tell people that the best way to live life is to listen to those that are ahead of you. This would enable you to avoid some mistakes.”
He continued, “I did not do any of the crazy stuff like drugs but I was generally stubborn and I moved with the wrong set of people who almost lured me into a wrong environment. I have been around guys who ended up becoming highway robbers. My mother would tell me that she did not like the guys I moved with. When we got out of school, one day I turned on the television only to see that those my friends were wanted by law enforcement agents who later caught up with some of them and they are dead. It made me ask myself, what if I had followed those guys? I would probably have been dead by now. I share some of these stories so that people would know that everything about me is real. I did not just appear. I have seen it all. In fact, I did a lot of secular music but I did not record any of them as an artiste. I was playing with all the top artistes in Nigeria. It is great to be able to say that I have seen it all. If I was going to be a secular artiste, I would have been the best so it is not as if I chose gospel music because I cannot do secular songs, it was my choice.”

READ  Lay good examples, Bishop Roberts charges clerics
Like the story of the prodigal son, the gospel artiste added that when he got back home, his parents were very glad to see him; however, they were not too pleased about his music career.

“When I returned home, my parents were very glad because they had been praying for me. They were happy because they did not have to identify my body if anything had gone wrong. However, they were not very happy that I ventured into music because my father wanted me to be an accountant. Twenty years ago, you could not tell your parents you wanted to be a musician. Of all the awards I have received in my life, the biggest would be when my father looked at me and told me he was proud of me before he died,” Okposo said.